If you’re old enough, you may recall a time when mothers dosed virtually any malady with a spoonful or two of cod-liver oil. Children the world over should be glad that practice fell out of favour, yet the idea that fish oils contain medicine has enjoyed a renaissance in the last generation.

If there is one supplement that appears to be a front runner, omega 3 fatty acids are a contender. Useful in the treatment of heart disease, pulmonary diseases, psychiatric disorders, inflammatory bowel disease, rheumatoid arthritis, and more, this is a supplement you will want to learn about. We know that a high intake of certain dietary fats can lead to a variety of health conditions including obesity, coronary artery disease, diabetes, insulin resistance, and certain types of cancer.

However, in the case of omega 3 —polyunsaturated fats found in many cold-water fish and some other sources—fats can play a major role in preventing and treating a wide range of diseases.

Omega 3 are necessary for a healthy life, particularly a healthy heart. However, even though they play an important role in maintaining optimum health, the human body does not produce it on its own. Therefore, it is essential to get these fats from food sources, alternatively, you can buy a supplement. 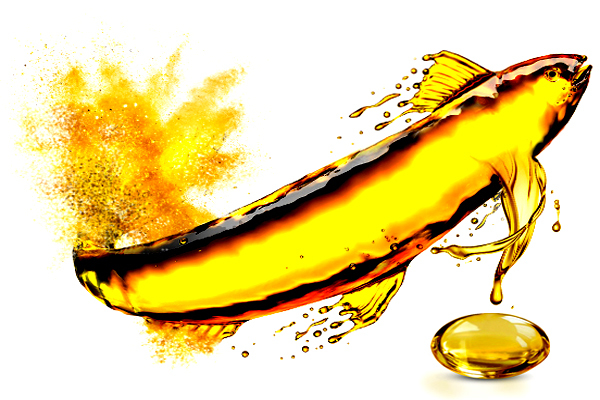 Many studies have shown that people with a higher than average intake of omega 3 have a decreased risk of developing heart disease. Studies indicate that omega 3 contribute to cardiovascular health in a number of ways. For example, it can lower triglyceride levels as well as prevent blood platelets from clumping together to cause blood clots. Studies also suggest that it may lower your risk of having a heart attack and when taken after a heart attack may decrease the risk of death from cardiac causes. When taken prior to major heart surgery, it helps prevent postoperative complications and the length of hospital stays.

Supplementation with omega 3 may also decrease atherosclerotic deposits in people with atherosclerosis and improve the elasticity of the arteries—a measure often used to predict the chance of developing heart disease. Furthermore, it may reduce the risk of sudden cardiac death, possibly by preventing dangerous irregularities in heart rhythm and by lowering blood pressure.

The powers of omega 3 extend well beyond heart health. Several studies have found that these may substantially ease depression and bipolar depression. Other preliminary studies indicate that it may boost the effectiveness of certain antidepressant medications and may in some cases even replace the need for antidepressants. As a result, we may soon see antidepressants based on eicosapentaenoic acid (EPA; the main component of fish oil).

Omega 3 may also have brain benefits. Studies show that either through supplementation or from the consumption of fish, these fatty acids may protect against Alzheimer’s disease (AD), besides boosting cognition and mood. Further studies indicate that a deficiency of omega 3 may increase the risk of developing AD. Researchers have also found a connection between a higher dietary intake of oily fish and a lower chance of developing dementia.

While several studies have found that omega 3 may help treat the joint pain, stiffness, and inflammation associated with arthritis, new research suggests that they may also help to reduce cartilage degradation. As a result, supplementation with omega 3  is often recommended for people taking medication for rheumatic conditions and may eventually allow the reduction or complete discontinuation of these medications.

Preliminary findings suggest that omega-3 may play a role in treating attention deficit hyperactivity disorder (ADHD). Studies suggest that omega 3 in the form of fish or oil may improve dyslexia, which often occurs in children with ADHD, as well as improving hyperactivity itself. One study has noted that boys with ADHD may not metabolize it properly, which can lead to a deficiency of this nutrient. Test-taking anxiety also appears to be an alleviated by the use of omega 3.

When taken by people with advanced stages of certain types of cancer, fish oil supplements may prevent weight loss and loss of lean tissue and may improve the overall quality of life. The preliminary research that it also may suppress the growth of certain types of cancer, including colon and breast cancers. When taken prior to surgery, it appears to improve the outcomes in people with cancer.

Chronic obstructive pulmonary disease is the fifth-leading cause of death throughout the world. Studies indicate that omega 3 may be useful in alleviating some of the symptoms associated with this disease. In terms of women’s health, it may decrease menstrual pain and although the findings for this are conflicting, may decrease migraine headaches in women, who often experience these headaches more than men. During pregnancy, it may protect against preterm delivery and underweight babies, decrease the incidence of postpartum depression and may prevent or ease pregnancy-induced high blood pressure.

The children of women who take omega 3 while pregnant may have less asthma. (If you are pregnant or planning to become pregnant, be sure to speak with your doctor before taking omega 3 or any other supplement or herb.) For men, studies indicate that it may lower the risk of prostate cancer and stroke. For both adults and children with inflammatory bowel disease, such as Crohn’s and ulcerative colitis, it may help to maintain remission after treatment with conventional medication.

Scientific trials suggest that omega 3 fatty acids may protect the kidneys of organ transplant patients who are taking the medication cyclosporine (Sandimmune). Also under study are the effects of omega 3 on lupus, multiple sclerosis, Huntington’s chorea, and endometriosis; the role of these fatty acids in promoting bone growth and fighting osteoporosis; and their role in asthma and various skin conditions. In fact, a recent study demonstrated that persons with exercise-induced asthma benefited from taking it.

We may see more oily fish on the menu in hospitals soon: It appears that the administration of omega 3 may reduce mortality, antibiotic use, and length of hospital stay for a variety of illnesses.

Research recommends that simply daily consumption of omega 3—especially in the form of fish—can substantially improve your health. EPA and DHA, the omega 3 found in oily fish, can also be acquired from a variety of foods. But if you like consuming fish, you’re lucky. Cold-water fish provides the most abundant source of these essential fatty acids. Read on for foods containing omega 3 fatty acids.

Researchers speculate that the body metabolizes it into prostaglandins and eicosanoids, which work similarly to hormones. Although the exact functions of these substances are still unknown, eicosanoids may benefit the heart, and prostaglandins may help regulate blood flow and blood clotting and the dilation or relaxation of blood vessels—all of which is good news for cardiovascular health.

It also appears to function as blood-thinning agents by decreasing the adhesiveness of blood platelets to the walls of arteries so that they don’t clog up with plaque. It includes two beneficial substances, known as DHA and EPA. These have been shown to lower “bad” cholesterol and raise “good cholesterol” levels. EPA also helps to lower blood pressure by relaxing and expanding vein.

The body also uses it to suppress hormone-like substances that cause inflammation; this may be why these fatty acids ease the pain associated with rheumatoid arthritis.

How to Take It

Foods rich in omega 3 fatty acids are the most effective sources of increasing your essential fatty acid intake. We recommend eating oily fish at least two times a week. In supplement form, it may be obtained from fish oil supplements, which provide two of these acids: EPA and DHA. Most fish oil supplements contain 18 % EPA and 12 % DHA or 30 % of omega 3. The dosage of omega 3  varies according to the condition being treated. In general, a total of 3 grams of EPA and DHA have been recommended, which may require 10 grams of fish oils, since EPA constitutes 18 % and DHA 12  % of this dose.

Medication: Consult your doctor before taking the supplement with blood-thinning drugs such as aspirin, anticoagulants such as warfarin, coumadin, or heparin, antiplatelet drugs such as clopidogrel, and nonsteroidal anti-inflammatory drugs (NSAIDs) such as ibuprofen. The relationship between omega 3 fatty acids and drugs intended to affect cholesterol levels can be complex. It can lower triglyceride levels, but they may also marginally increase LDL (“bad”) cholesterol levels.

If you are taking triglyceride-lowering agents such as niacin/nicotinic acid, fibrates such as gemfibrozil, or resins such as cholestyramine, be aware that it may intensify the effects of these medications. It may also work against the LDL-lowering effects of statin drugs such as atorvastatin and lovastatin.

What Else Should You Know About It

Taking high doses can give your breath a fishy odour. Some users develop loose stools and nausea, too. Oil is fat, which is a highly concentrated source of calories. If you currently take any type of blood-thinning medication, don’t use fish oil capsules without your physician’s consent.